Time will tell if this is a good thing or a bad thing.  Must remember what B.C. Housing's mandate is...

Fits well with an older posting

I find it interesting though that the government was crying poverty, and looking for ways to reduce their costs at Riverview,; and now all of a sudden there is a flurry of activity, which is NOT the way to reduce costs.  Tart the place up a bit, before the fire sale?

Posted by niftyniall at 8:06 PM No comments:

So all along the website stated:
Open house 4 – Creation of Vision Process
Open house 4 – Creation of Vision Process
Open house 4 – Panel Discussion – [ site changed description on May 19 2015, thanks to Internet Archive Wayback Machine] for saving the files.   Apparently the rules have changed we were told all along that this Open House 4 would actually be where the public would get to see all the condensed comments, and have a final say if we agree with them. Now we are going to be bored to death with four talking heads, justifying their existence in this world, by ranting about who knows what.


Out with the Creation of Vision Process and in with the Vision Already Created Process, by four talking heads.

Moderator will be: Gordon Price  hey you can E-Mail him. He has a wikipedia page   apparently Tweets sometimes too.

Darrell Burnham, (Scroll to Bottom of page) Chief Executive Officer, Coast Foundation Society. Hey you can E-Mail him if you want.

Tsur Somerville   and more about him

Update:   Last round of Riverview consultation is next month  [Note: sad to hear from Michael Flanagan that the Gov. still does not want to have an acute mental health care component at the hospital.  ]
And after a much anticipated long wait the Third Open House Report is now available for your perusal.

And as everyone is waiting for the final outcomes of this study in social intercourse, not far away another announcement:  $260-million RCH redevelopment a game changer for mental health

RCH the new Riverview?  A government that is not looking properly at the costs, considerably cheaper to create many of the wants at Riverview, than at RCH.
Posted by niftyniall at 5:39 PM No comments:

During Mental Health Week, the local Coquitlam library, put on many events related to health care.
The Riverview Hospital Historical Society was very much a significant part of the program, and they had an entire room set up with artifacts from  various times in the hospital's history. I have created a small photo album of some of the displayed material

Dr. John Higenbottam gave an informative slide show about mental health care, and how important Riverview was, and should continue to be in the mental health of the residents of  British Columbia.
Below are a few of the slides transcribed:

The need for Specialized Psychiatric Hospitalization and Rehabilitation / Residential care

It is also important to understand that the incidence rates for serious health problems have remained constant over the years which means that each year a number of new cases emerge, some of which will fall into the groups described above.

With Riverview' closing a valuable mental health education and training capacity was lost which is having long term consequences for British Columbia's capacity to educate, train and support practitioners who work with the seriously mentally ill and severely addicted and mentally ill people.

I am not even in the business of health care, but as an outsider looking in; Dr. Higenbottam, made many of same observations as I have had.; but in essence closing Riverview was a huge mistake, and we are actually paying more now per patient, and the patient costs are more distributed and hidden from the public than before, with very little of the money allotted for the care actually being directed at the patients themselves. As it was when Riverview was operating.

He also mentioned that apparently 2% of all Federal Government monies are given to each Province for mental health care, and the other provinces keep track of the spending, while in B.C. in just disappears into a big pot, and nobody knows if in fact the 2% is actually used for mental health care.


And I just noticed that this is my 102nd posting here.
I can only hope that I make it to this lady's stage of life:  The oldest working nurse in the United States turns 90 and still going!

The great and the good visit the asylum

Posted by niftyniall at 9:38 PM No comments:

Sadly a bad ending, Donald Bonner, missing since 2008 from the Coast Cottages at Riverview.  I missed posting this in 2008, they can be a secretive lot in the forensic portions of the health care system.
Man who disappeared from Coquitlam psychiatric hospital found dead in Ontario

Must have had some help, money or both to get that far. 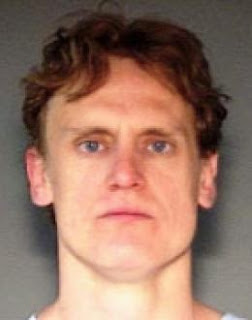 I do not remember his AWOL at all, if it had been more widely publicized the outcome may have been very different, this fellow would have stood out more than most in a crowd.
Posted by niftyniall at 4:37 PM 1 comment: