B.C. struggles with ways to treat the mentally ill
Sadly we were giving the problem a better attempt at dealing with the issues a 100 years ago, some of the concepts were wrong, of course, but that is hindsight; but some were correct;  what will they say 100 years from now? I think the answer will not be as kind, as what was attempted 100 years ago on this site.

B.C. struggles with how to treat the most severe of mentally ill drug addicts
Surprised that the "Conservatives" have offered their "Cure" with longer prison sentences.

Posted by niftyniall at 1:19 PM No comments: 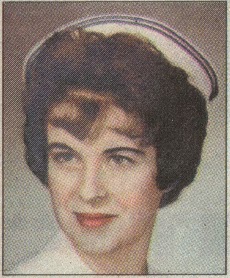 Social worker Mary Steinhauser was killed in a botched hostage taking in 1975 at the old B.C. Penitentiary in New Westminster. Her sister, PoCo resident Margaret Franz, is publishing a book about Steinhauser.

It’s time to rock and dance for a good cause.
A fundraiser for SFU’s Mary Steinhauser Memorial Bursary Fund will be happening Saturday Dec. 7) at the Russian Hall in Vancouver.

The rock and blues show will include the bands Mercer Van Eyes, Mud Bay Blues Band and Jug head.
Steinhauser was killed during a botched hostage taking at the old B.C. Penitentiary in New Westminster in 1975.
The social worker trained as a nurse for two years at Essondale hospital or Riverview as it later became known, in the early 1960s.
Her sister, PoCo resident Margaret Franz, is in the process of publishing a book about Steinhauser, which she hopes to release to coincide with a fundraiser scheduled for March 29, 2014 at the Terry Fox Theatre in PoCo.
Doors for Saturday’s show in Vancouver open at 8 p.m. at the hail, located at 600 Campbell Ave.
Admission is a suggested $10 donation, with proceeds going to the Mary Steinhauser Memorial Bursary for SFU Aboriginal Undergraduate Students in the Arts & Social Sciences.

Blogged about Mary a few months ago HERE
Posted by niftyniall at 6:52 PM No comments:

Apparently Share is using the Valleyview building to store their stuff, and do the Christmas things there.
If you are a good boy or girl and are quiet you may spot Mr. and Mrs. Santa up there doing their thing.

The gravel roads are not being maintained in any way and are rapidly deteriorating into small ponds, and "ruts as big as huts".  I fixed on drain up there that was overflowing the road, and rapidly causing erosion of the gravel surface.

Similiar in some ways to some of the many issues at Riverview...  George Pearson Centre
Georgia Strait article:
Pearson Dogwood redevelopment plan prompts concerns
Advocates for people with disabilities seek clarity on proposal

Redevelopment group    From reading all this it sounded like the residents have been promised the world. But sadly history, tells another story, and the odds of better patient care for them are close to nil.
Once gone it will be nearly impossible to get a piece of land of that size again for health care use. Can you sing  Big Yellow Taxi ?
Prove me wrong, Christie !

Posted by niftyniall at 6:56 AM No comments: