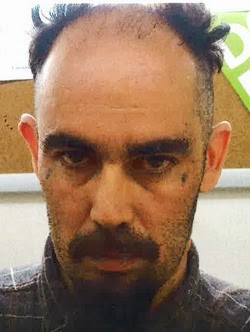 He is described as a 37-year-old Hispanic man with short black hair. He is six feet, two inches tall, has brown eyes and last seen wearing a dark grey plaid shirt and blue jeans.

Police said he suffers from a mental disorder and should not be approached.

According to the Paraguayan newspaper, ABC Color, Desperatus-Amator-deTanza was arrested in 2004 for shooting Canadian diplomat Alvin Fehr in the shoulder.

UPDATE:  The RCMP is pleased to confirm that the 37-year-old male reported missing from Cypress Lodge has been located, and he is safe and sound.

Posted by niftyniall at 2:40 AM No comments: