This Water main project to Port Mann, in Surrey, was actually started before the oil pipeline project by Metro Vancouver, and being that it is a government project it grinds along like a glacier.

I was sent a report today, created by:  Diamond Head Consulting Ltd., entitled:
Arborist Report Portman Main No.2, North, Coquitlam, B.C. updated 19 January 2015 (2869K) PDF.  No idea where the name of Portman comes from, should read Port Mann I would think, because that is where this water main is going.

I spelled it the way it was written, so we are getting a little closer to Port Mann, but fail in the spelling of "retention".  The last PDF is a map of the areas being impacted by the water main going through the Riverview Hospital property.

Another nasty scar slashed through the landscape, from Riverview hospital up near Mariner Way, through Colony Farm, through its critical habitat treed wind-break to go under the Fraser River near the Port Mann bridge, and into Surrey and beyond.

Port Mann is named after Sir Donald Mann and  most of the area that we now call, Port Mann was previously known as Bon Accord, prior to the railway yards being built there.  A salmon hatchery, and a salmon cannery were once in the area, both named Bon Accord.

The project is part of  the Port Mann Water Supply Tunnel  read the PDF factsheet
Posted by niftyniall at 9:32 PM No comments:

So the consultation period is now over, with a nice rally at the end.
From the Tri-City News:   Big gain in Riverview consultation
Note: I have no idea where the date of 103-years of ownership comes from in the article it gets perpetuated over and over. The people of this Province have owned the property since May of 1904, which with my math would make it to be almost 111-years, the first buildings were up by 1908, with many other permanent buildings at Colony Farm completed in 1912; West Lawn was completed in late 1912, and officially opened 1913.

Now the waiting begins to be able to view the results from the RenewingRiverview consultants.


Let us hope that since B.C. Housing will be taking over the property, that they do not go down the same road outlined in this article from the Vancouver Sun:

B.C. Housing property dump to balance the books;  It’s politics, not vision, behind the sale of public land

Posted by niftyniall at 7:01 PM No comments:

In 1983, West Lawn closed and farming operations at Colony Farm were discontinued. In 1984, the provincial government sold 57 hectares (141 acres) of Riverview lands to Molnar Developments. Shortly afterward, this land was subdivided and became Riverview Heights, with about 250 single family homes.

In 1984-5, the B.C. Enterprise Corporation, BCEC, part of  the Ministry of Forests and Lands, “quietly” called for proposals to sell government lands.
And in 1985 and Molnar Construction Limited, won the right to develop 140-acres of the Riverview hospital property, from seventeen other “competing “ bidders.
Andre Molnar was the person behind this deal, a sweet deal it was. The winning bid was $20,565,000 to be paid off as the property is drawn down for development, by May of 1988 $12,214,088 was paid; total balance due on the 3rd of July 1990; with no interest accruing.
Deputy Minister of Forests and lands, under the Bill Bennett, and William "Bill" Vander Zalm regimes was Mr. Robert "Bob" Flitton, a Social Credit insider,  Peter S. Hyndman was the government lawyer involved in many of the transactions.  All of this was part of 25 different land sales, that the government was proceeding with during this time; Westwood Plateau, acquired by Li Ka-shing, with much the same conditions was also completed. 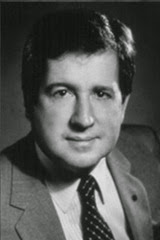 Robert “Bob” Flitton, in 1983
Initially the cost per lot was $20,400, which increased to $34,000, then $66,650 and more
In 1989 Andre Molnar was appointed to the  British Columbia Housing Management Commission, the appointment ended in 1992.
Andre Molnar did considerable development work in the area operating under various names:  Molnar Construction Company; Molnar Enterprises Limited… and is still in business primarily in the USA. If I remember correctly he declared bankruptcy with one or all of his companies in B.C, so that may explain why he now works in the states.    MolnarGroup
Riverview Heights park, the taxpayers of Coquitlam also had to buy some parkland for $528,669 from the senior government, and a school site from the province, price unknown. So today we have  Riverview Park and Riverview Park Elementary school

So we have 140-acres removed from the hospital lands, but there is more than that removed, Molnar had the northerly portion; more research will find out who developed the southern portion.  I know that there has been interest shown in developing the orchard area of the remaining hospital grounds; one day a few years ago many survey posts were planted with the patients later removing them, and informing the public about the activity, which when the public roared with disapproval; nothing more was said or done to the orchard; the orchard is one of the first agricultural activities done at  Essondale in the early 1910’s.

Many people have also noted that all the building activities on the site in recent years have all occurred in the northern section of the site, with a rapid abandonment of buildings in the southern section to the elements. 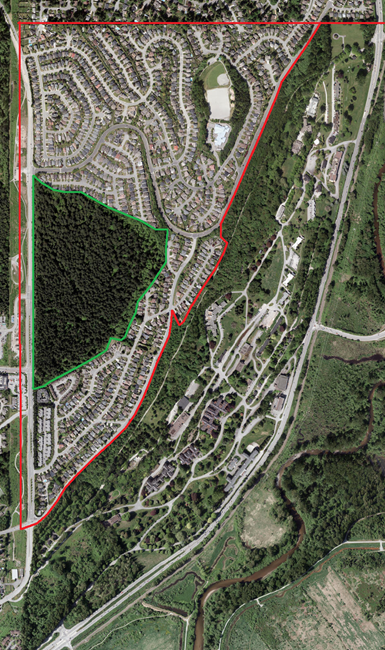 Have a peek at some survey maps, of the hospital lands sold through the years.
North western portion  ( the Molnar lots 1985)
Middle section ( Fars F.R. Holdings ) (1984)
Southern section ( 1983 )
The remaining hospital grounds

So we have questionable activities, by questionable people; ( a quick online search, will bring up many instances of the people named here ) no wonder the public is very wary anytime Riverview is mentioned or survey pegs are seen on the property.
Posted by niftyniall at 3:59 AM No comments:

Letter to the editor Tri-City News:

More must be done to save Riverview Hospital in Coquitlam.

This property should be kept totally in public control in perpetuity, market housing, in any form does not belong there. The property was primarily built on the backs on the patients, with them knowing that it was theirs, and now we have a government that chooses to look the other way, because they see a few dollars in their pockets; the chances of any land sale money being directed into specialized homes for challenged people is a false one;  over 200 acres was sold previously of the property, and not one cent came back into the coffers of the hospital. How much of the Tranquille, or Woodlands land sales came back into the hospital system, NONE. The province is littered with many more examples, where lands previously devoted to health care were removed and sold, and the monies put into general revenue. I do not see any change in this pattern in the foreseeable future

A letter from last year:   Differing views on riverview
Letter to the editor from Jenny Farley

This is IMPORTANT :    Illustrated Ideas – Your turn to rate the features
you are presented with numerous panels, and you are asked to rate the concepts presented. This information will be used to generate a report due sometime this spring. Last call for comments in January 16, 2015

Apparently people have been seen going inside Valleyview 300, the specialized geriatric care building, that has been shut now for a few years, a crime to humanity that was.

Also word is that the Unit 8  ( the large concrete building near the cemetery ) is to be knocked down, unknown if anything will rise from the space vacated by its demise.  Surprised that this building is being demolished, it is made almost entirely of reinforced concrete, and looks more like a bomb shelter, then a hospital ward that held up to 100 patients at one time. 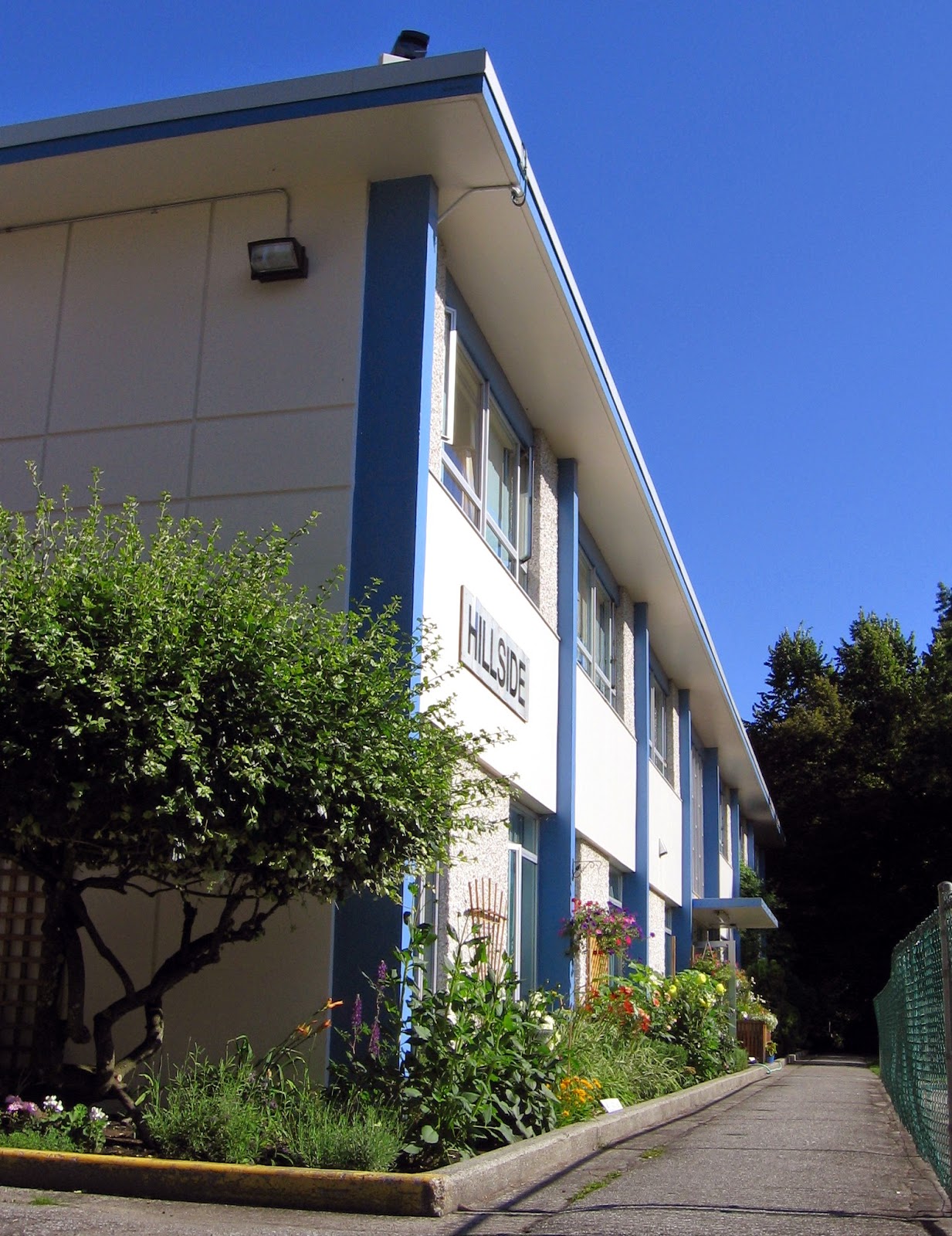 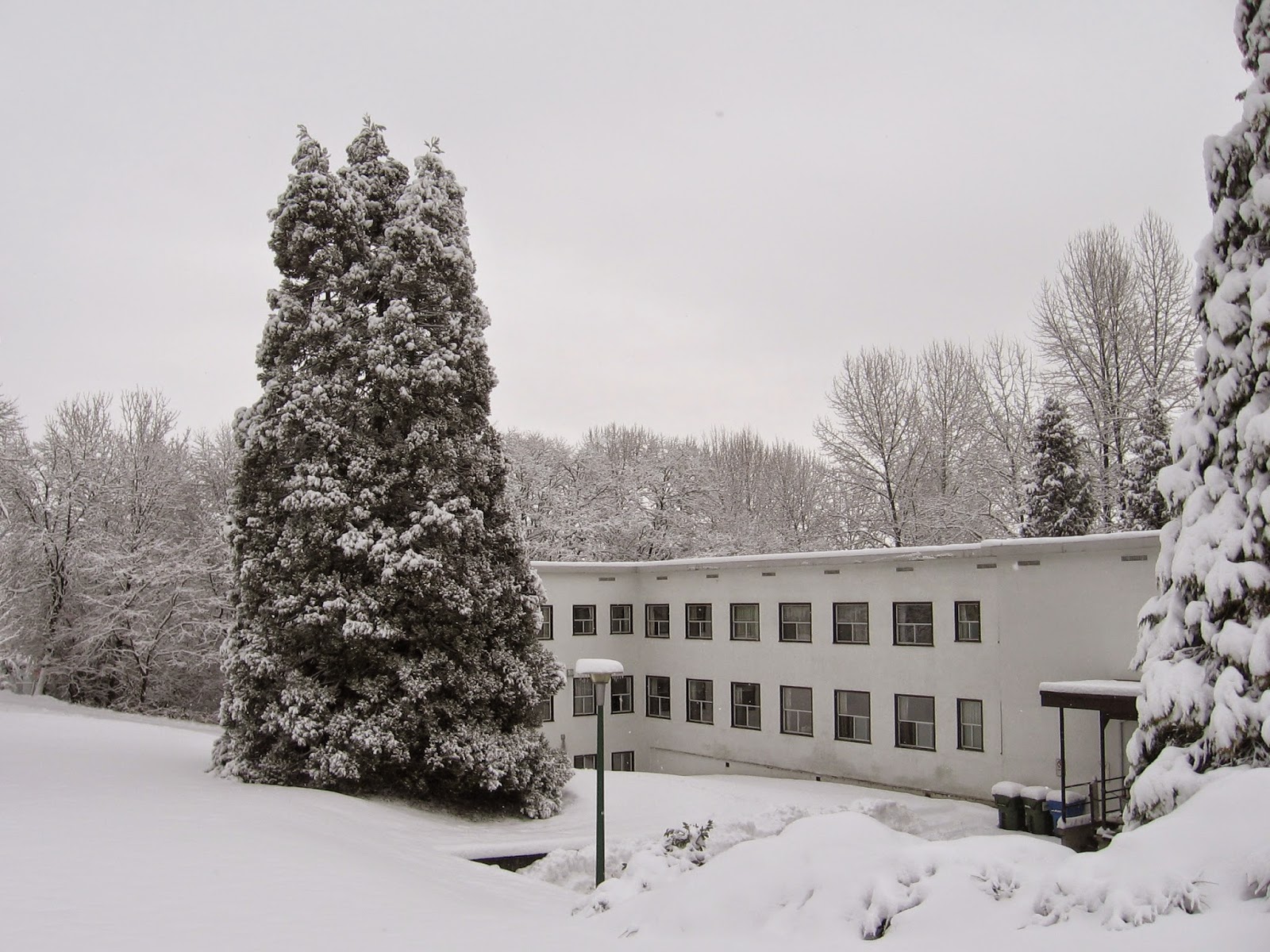 Posted by niftyniall at 6:06 AM No comments: