I was in PoCo today, and went to visit the Heritage at Leigh Square, (museum), and surprise, surprise, there was a display about Riverview Hospital in place, apparently Norma G., had just installed it, and just left before I arrived. According to the website there is an official opening on Thursday July 18 at 6.30 pm. Be there, or be normal !    The display will be there for a few months apparently
A few pictures . . . 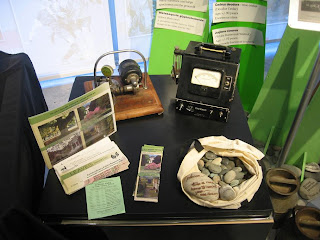 A larger image of this table display, with a description is on Flickr 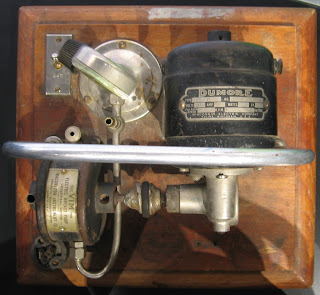 Cream can from Colony Farm; larger photo at Flickr 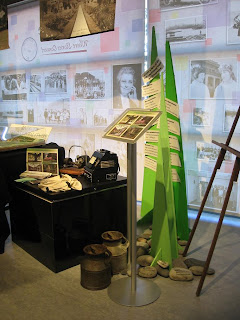 Side-view of table display, larger image is available on Flickr 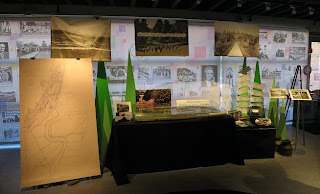 Panoramic image of the display. The map on the left is difficult to view without a magnifying glass, but it is incredibly detailed.  Larger image is available on Flickr

Taylor is described as:  a Caucasian male,  6'1" tall,  177 lbs,  dark brown hair,  brown eyes, and
fair complexion. It was unknown what type of clothing he was wearing at the time of missing.

Taylor suffers a mental disorder and should not be approached. Anyone with information about Taylor or his current whereabouts is asked to contact the Coquitlam RCMP.
------------


Destruction through neglect.
I wonder where the Fire Marshall is on this giant conflagration waiting to happen? Surely the Fire Marshall has the greatest say in this matter, since the Province obviously does not care about OUR assets.
Province lets the grass grow at riverview

Two replies to the above newspaper article;  CITY COULD MOW, TOO
and  RIVERVIEW NEEDS TO BE MAINTAINED
and  the Deputy Premier responds:
Riverview lands viewed as a "long-term asset" 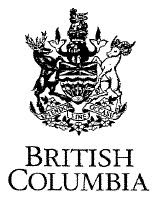 Thank you for your letter of October 31, 2012, addressed to Minister Rich Coleman and myself, regarding the Coquitlam City Council’s resolutions for the Riverview Lands combined with a copy of the report “For the Future of Riverview”. Please accept my apology for the delay in response.
In your letter, Coquitlarn City Council requests that the Province of British Columbia read and consider the report “For the Future of Riverview” in conjunction with the Province’s Heritage Conservation Plan. The Province is committed to an open and transparent planning process for the future use of the Riverview Lands. The report “For the Future of Riverview” will be a valuable contribution to that planning process.
We are pleased to learn of the City of Coquitlain’s interest in working with the Province to develop a future use plan for the Riverview Lands, which will honour its heritage values. Also, this plan will support economic, social and environmental objectives of the City of Coquitlam, the region and the province.
In your letter, Coquitlam City Council urges the Province to act upon the Immediate Actions as set out in the Heritage Conservation Plan; in particular a feasibility study for re-use of some of the buildings. Shared Services BC, part of the Ministry of Citizens’ Services and Open Government, is in the process of developing an implementation plan to address the Immediate Actions which includes a feasibility study. The yearly net cost of $4.5 million to maintain the Riverview Lands combined with costs of implementing the Immediate Actions will be important components of future use planning discussions with the City of Coquitlam.

We invite the City of Coquitlam to engage in dialogue with the Province to identify methods of reducing this burden while achieving the objectives of both levels of government.
The Coquitlam City Council also asks that the Province support the National Historic Site nomination. The Province recognizes the historical significance of the Riverview Lands and its importance to the community, the region and the province. Shared Services BC followed through on our commitment to develop the Heritage Conservation Plan. This was the largest heritage-related public consultation undertaken for a specific property by the Province. The Heritage Conservation Plan documented the heritage values and developed a statement of significance based upon those values. The Heritage Conservation Plan will help guide the management of the lands and inform future land use planning, and as such, the Province does not
support the National Historic Site nomination.
Thank you for your efforts to work collaboratively with the Province to develop a future use plan for the Riverview Lands and for the time you have taken to bring your suggestions to our attention. We trust our comments will provide some assurance that our ministries’ are working to address these issues.

As you can see from reading this letter, in which the Province was glacial in replying to; that the Province is pleading poverty, begging the people of Coquitlam to put their money where their mouths are, and cough up money to run the site. Sort of like your neighbor asking you to take care of their property and home, with no compensation;"Sure, I will cut your lawn, and trim your trees for free". Note that the Province was not supportive of the National Historic Site designation too!
Posted by niftyniall at 1:30 PM No comments: